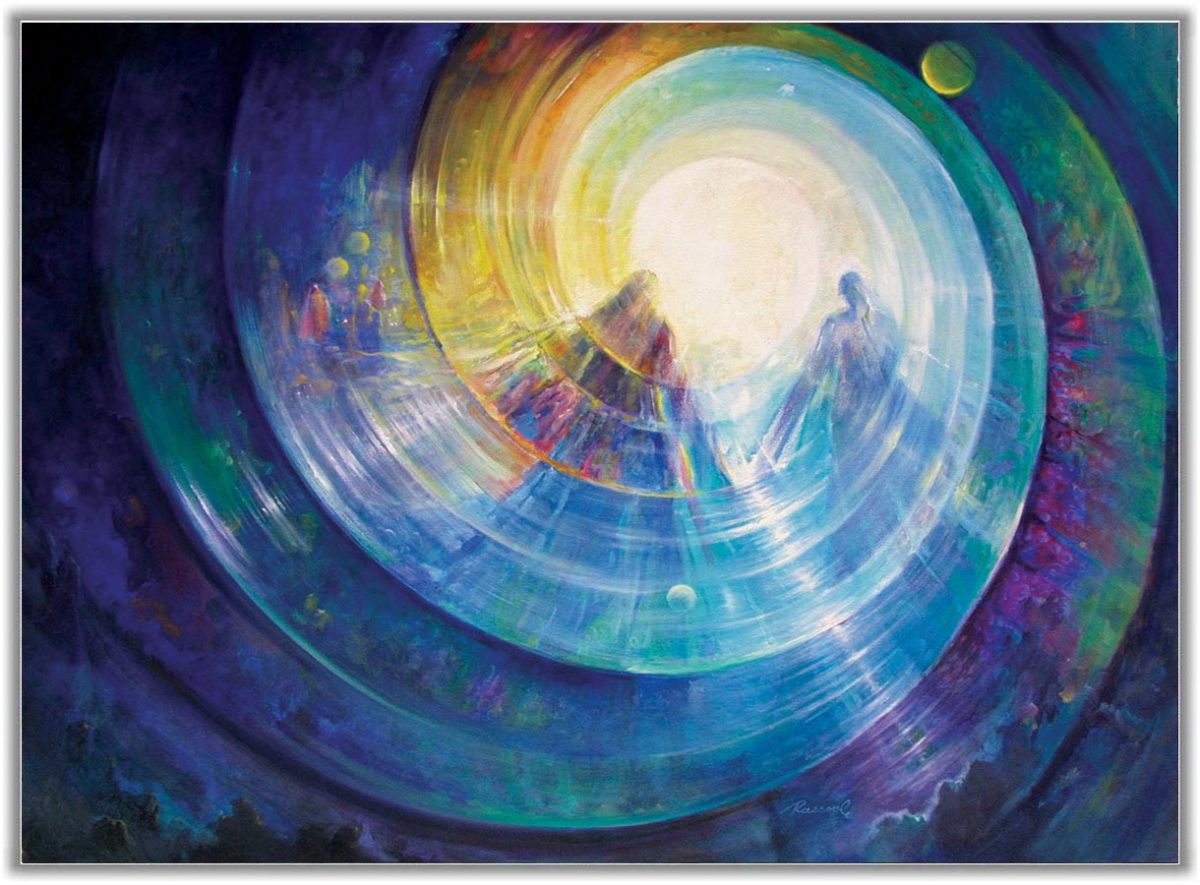 Intimate relationship has over the last four or five decades evolved so far from its long-established ways that its very nature and structuring — once a largely unquestioned given — is clearly up for some deep questioning and reformulating.

One result of this is that many of us do not have a particularly clear view of intimate relationship and its possibilities. Nonetheless, we have to admit that something is different about intimate relationship now. We look back just two generations, and it seems as if we’re looking back many hundreds of years. Things are shifting that fast.

For a very long time, intimate relationship was viewed and lived, with few exceptions, as an alternative — and not necessarily an equivalent alternative! — to spiritual life. There was the householder, and there was the spiritual seeker, and there wasn’t much overlap between them. As wide as this split was for men, it was even wider for women. Intimate relationship was something you did — or endured — until there was cultural permission to do something “deeper.”

Now there not only is a significant amount of cultural permission — small by conventional standards yet substantial enough to register on societal radar screens — for something “deeper” to happen within intimate relationship, but also an increasing pull toward it.

So intimate relationship has, at its leading edge, become less a prelude to spiritual opening and awakening, and more a catalyst or crucible for it.

This is nothing less than great news. Relational intimacy is then not something we have to get past or outgrow in order to spiritually evolve, but something that serves that evolution — and our journey toward fully embodied wholeness — without any need to bypass or marginalize our humanity.

Grounding our spirituality in the raw material and inevitable difficulties of daily life — as are amply supplied by intimate relationship — is much needed, leaving us more present, more aware, more vitally whole.

Spirituality directly lived in the context of ordinary life is spirituality that can have a great impact on the quality of life. Staying plugged into our spirituality during our relationship’s bumpier times provides us with an essential perspective, greatly increasing the odds that we won’t sweat for very long over what’s not worth sweating over.

If we can access our spirituality — and access it at a deeper level than that of belief — during the inevitable trials and challenges of intimate relationship, we can probably access it just about anywhere.

Intimate relationship is perhaps the ashram of the 21st Century — a place especially ripe with transformational possibility, a combination crucible and sanctuary for the deepest sort of healing and awakening, through which the full integration of our physical, mental, emotional, psychological, and spiritual dimensions is more than possible.

Intimate relationship as a crucible and sanctuary for our healing and awakening — sounds good, doesn’t it? But once our honeymoon with this is over, the real labor begins.

The path is not neatly laid out for us, in part because we, through our very relatedness with our intimate other, are co-creating that path, that relational unfolding, as we go, feeling our way — more often than not in far-from-straight lines — toward what really matters. In this, we travel together not only through adventures spawned by our mutual conditioning, but also take up residence in deeper stages of intimate relatedness.

These are exciting — excitingly alive and excitingly unstable — times for intimate relationship. The playing field for men and women has, in far more ways than not, been leveled, making possible encounters and openings not generally available when women were second-class citizens or worse, cut off from their own voice and power. Now men and women have far more of an opportunity to meet eye to eye, belly to belly, heart to heart, without the disempowering ethics of earlier times. A meeting of true partners no longer has to be such a rarity.

However, a level playing field is not without its own perils, for it’s easy to reduce it to a flatland of force-fed equality. Once that women had more rights and a more inclusive cultural context in which to live, they began leaving men, in trickles at first, then in droves — which brought more and more men to psychotherapy or at least to their knees — and men then began to realize that they would have to do more than flash some bucks, be nice for a while, or raise a fist to keep women with them. Many relationships became arenas of negotiation, wherein equality between the partners did not liberate, but rather only fed the status quo.

Neurotic egalitarianism seized the helm, declaring an across-the-board equality that not only increased comfort and apparent security, but simultaneously dulled and deadened. The husbands typically depicted on television sitcoms — sexless, inept, and often spectacularly unattractive — reflected and reinforced the notion that for men marriage was, whatever its trappings, a trap.

Intimate relationship shifted for many from barbaric to bland, infecting more than a few with nostalgia for the barbaric, because at least that had some juice, especially for the men. Affairs multiplied, attracting refugees from the wastelands of conventional marriage.

It became essential that relationship move away from the banality and stagnation of conventionality, but it mostly went backward instead of forward, while often acting as if it were indeed moving forward (as exemplified by “open” marriage and multiple-partnering practices and their accompanying rationalizations). Monogamy started to take more and more heat, getting overly associated with the deadening of passion.

Nevertheless, amidst all this relational upheaval there was something else starting to emerge, something neither barbaric nor bland, something at once deeply passionate, caring, awakened, and rooted in integrity and love — a stage of intimate relationship which could be called awakened monogamy.

Awakened monogamy may sound wonderful, but how do we get there? After all, we can’t just read about it and then go live it. Much has to be done before this stage of monogamy become significantly available to us. For starters, we need to expose, face, and directly work — and not just cognitively! — with whatever is immature and shadow-bound in us. We can’t, for example, remain emotionally illiterate if we want to be in a truly intimate relationship. 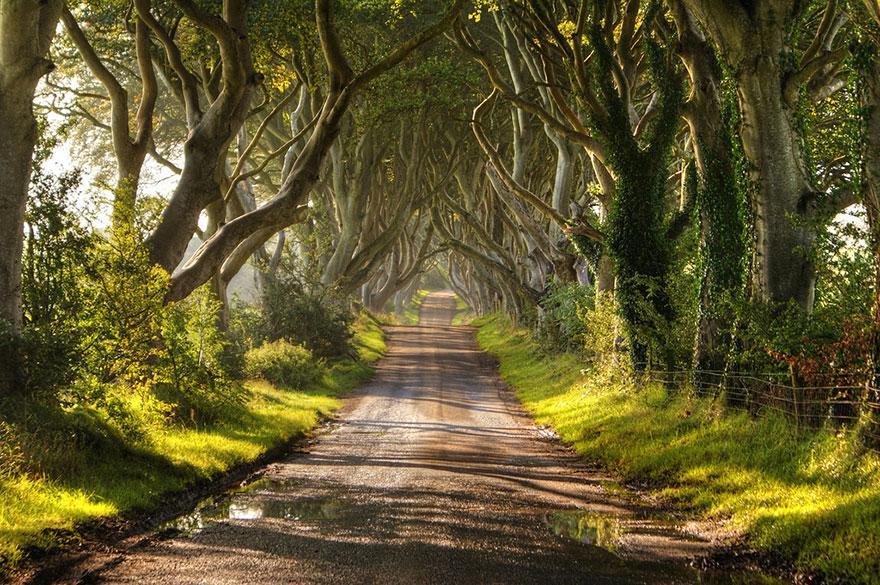 The passage from conventional to awakened monogamy is not just a journey of ripening intimacy with a beloved other, but also a journey into and through zones of ourselves that may be very difficult to navigate, let alone get intimate with and integrate with the rest of our being.

The deep longing for a being-centered relationship, the aching for a passionately awakened partnership with our beloved, is our primary guide when it is openly felt and welcomed, providing incentive and inspiration for exploring places and patterns in ourselves that we otherwise would likely avoid or only superficially visit.

And it is into these places and patterns, these areas of darkness, pain, and heavy wounding, that we must go if we are to be truly ready for awakened monogamy. This is not some kind of romanticized shadow-work, but rather an odyssey that, asking everything of us, ripens us for a life big enough to include awakened monogamy.

In short, moving toward awakened monogamy awakens and matures us.

In awakened monogamy, we do not look down upon conventional monogamy or non-monogamous drives, but instead cultivate intimacy with their qualities, however lowly, dense, or dark those may be. Everything has its place. Egocentric impulses, for example, are not banished or subjected to spiritual ambition’s ego-eradicating programs, but rather are approached with sufficient depth and clarity to divest them of any power to threaten or otherwise undermine our relationship, leaving them — like the rest of our “lower” qualities — as no more than colorful, functionally peripheral threadings that simply enrich the weave of our relationship.

Between conventional and awakened monogamy there are stretches of intensely unruly waters, wild enough to elude any neat cartography. Plunge in, wherever you are. When you hit bottom, push off and surface, then paddle out a bit deeper. Eventually you will leave the arms of the familiar and have no bottom to hit, no end to love, no limit to how deep and fulfilling intimacy can be…

So in the spirit of intimacy with all that we are, including knowing that we’ll be aligned with our heart’s deepest longing when we stop avoiding the work that needs to be done, let us deepen our exploration of the anatomy, evolution, and transformational power of intimate relationship, for the benefit of one and all. 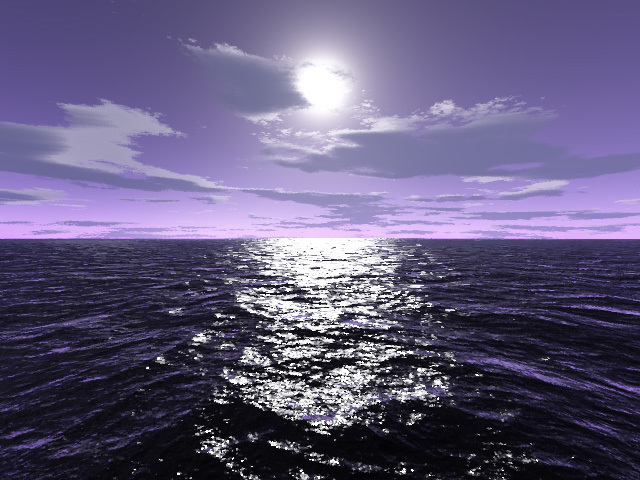