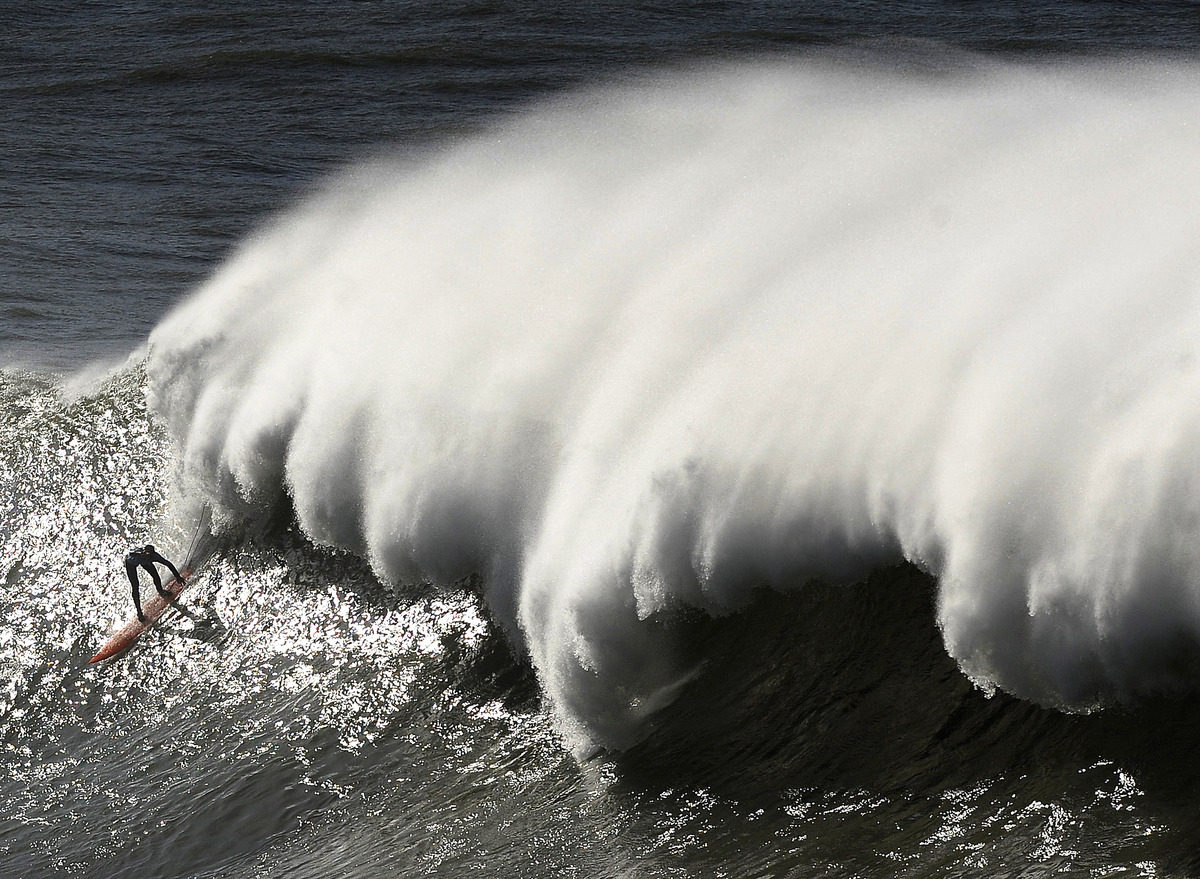 Sex is, in many ways, still in the dark.

Yes, it’s wearing much less and showing a lot more than it was fifty years ago, but it’s still not truly out in the open, except in mostly superficial ways. Its ubiquitous exposure, graphic highlighting, and relentless pornification simply camouflage its deeper workings.

However brazenly explicit or conversationally undressed sex now is, it still remains largely hidden, its depths mostly untouched, its heartland still largely unknown, obscured by the tasks to which we commonly assign it, especially those of making us feel better or more manly.

An essential step to bringing sex fully out of the closet is realizing—and not just intellectually—that the greater our investment is in distracting ourselves from our suffering, the greater our craving for sexual arousal and release may tend to be.

The Selling of Sex

Sex sells. And we’re buying. Get enough people to think that someone or something is sexy, and you’re in business. Get enough people convinced that a certain “amazing” approach to their sex life will arouse their partner into lusting for them again, and you’re in business. There is so, so much that we expect sex to do for us—and how could we think otherwise, given the consistent megamarketing it gets, both collectively and in our fantasies?

It’s so easy to assign an exaggerated liberating power to sex, especially when we crave a potent, drugless, close-at-hand distraction from our suffering. Sex makes us feel better—or at least relieved—in a hurry, and our culture keeps bombarding with this promise.

We see this, and perhaps cast a cynical eye, but don’t often see the various labors to which we may have assigned our sexuality: make me feel better, make me feel more secure, de-stress me, prove that I’m wanted, make me feel whole, console me, resurrect my sense of self, make me feel more masculine or feminine, help me feel less lonely. Sex has a lot on its back—we’ve saddled it with so much hope and expectation, whether in mundane or spiritual contexts.

And we might even find fault with sex, blaming it for our misuse of it, as exemplified by proclamations of our helplessness before our amplified sexual charge: “The flesh is weak” or “She brought out the beast in me, so I . . .” We can also put sex on a pedestal, equating doing whatever we want to do sexually with having sexual freedom, perhaps ennobling such indulgence by framing it as some sort of revolutionary or postconventional or tantric or sex-positive act.

In so doing, however, we just get fucked—mostly in nonsexual contexts—bringing little or no awareness to what we’re actually up to while being sexual. Thus do we tend to keep sex in the basement. Sometimes we may spiritualize it, burdening it with tantric or metaphysical expectations, as if it were the gateway to super-consciousness or “higher” realities. But in all this, sex is just doing time, enslaved to our nonsexual ambitions.

Sex sells. And we continue to buy. Cost is not an issue, given how valuable the potential payoff may be. The more stress we’re under, the more dysfunctional our relationship is, the more insecure we are, the more unresolved wounding we carry, the more appealing sex may become to us. As long as we’re having sex—or letting sex have us—we have a bit of distance from the mess or distress we’re in.

This makes us ever more attached—perhaps to the point of addiction—to whatever most easily and powerfully amplifies our sexual charge, magnetizing our attention to whatever we deem sexy, with a special focus reserved for what is most sexually arousing of all for us.

The Language of Sex

The word fuck says a fuck of a lot about what we may be up to during our sexual encounters. Its multiple meanings—including indifference, aggression, disappointment, and exploitation—are testimony to many of the nonsexual dynamics that may be at play while we are being sexual. More than we might like to admit, we may be “getting fucked”—getting screwed or getting the short end of the stick—while we’re busy being sexual, and not just during intercourse, perhaps losing more than our integrity along the way.

There may be times when we are far from getting thus fucked during sex, but these, unfortunately, don’t constitute the majority of sexual activity for many of us, and may in fact sometimes keep us hanging on in a relationship that is otherwise harmful for us, providing a little of what is so sorely missing in the rest of our relationship.

The trouble is, we are then over-relying on sex to deliver the goods, which just increases the pressure to keep having it, a pressure that sooner or later backfires, leaving us immersed in the midst of what our sex was an antidote to, facing the far from sexy consequences of what we’ve marginalized or left unattended in our relationship.

Why is sexy such an incredibly popular adjective? Because in its very voicing or visual placement (like in ads) there’s an instant implication of being attractive or appealing, of being wanted, of magnetically drawing others to us, of being special, of standing out so much that we cannot be overlooked. Being sexy may mean being “hot” (an extremely common, status-increasing term). Sexy and hot are labels that reflect and reinforce our culture’s obsession not only with sex itself but also with employing pleasurably heightened sensation to distract us from our hurt, our depression, our anxiety, our apathy, our grief over what we’ve done with our lives.

Thankfully, there’s an inherent dissatisfaction in trying to free ourselves from our underlying pain through maximizing pleasurable sensations—no matter how high or erotically charged we get, we come down, more often than not energetically drained, perhaps returning to our sexual habits with a touch more disillusionment.

Bringing Sex Out of the Closet

For all the overexposure that sex gets in contemporary culture, its nonsexual underpinnings still remain largely hidden. And not because we’re blind, but because we may not really want to see them.

And why? Because plenty of times, if we were to actually see what we were up to—besides being sexual—while in the throes of sexual arousal and activity, we might have to do something other than merely continue our sexual encounter. And who wants to interrupt or derail such a feel-good (or potentially feel-good) process? Our clothes may be off, and our appetites turned on high, but we might still be covering up, to at least some degree.

There is a deeper disrobing needed, a deeper self-disclosure, along with a working through of whatever has driven us to use our sexuality to distance or distract ourselves from what is unhealed in us.

If enough of us were fully engaged in healing our wounds and awakening from our entrapping dreams, there wouldn’t be a pornography epidemic. Pornography is so ubiquitous that it’s been normalized (except in its darkest extremes), and those who question it are—whatever their maturity—often categorized as prudes, old-fashioned, sex-negative, repressed, conservative, or just plain uptight. But the pervasiveness of pornography and the commonplace tolerance of it indicate that something is terribly amiss in contemporary culture. The point is neither to repress nor indulge in pornography, but to outgrow it. And this begins with seeing through it and its dehumanizing impact, until its nonsexual roots (including our unresolved hurt and compensatory behaviors from our early years) are clearly exposed and worked with.

We can look back at the sexuality of the Victorian era, and think that we have come a long way since then, but in many of the really important ways we haven’t, regardless of sex-positive advocacy (the uncritical acceptance of the sexually nonconventional), so-called open relationships, omnipresent sexiness, and so on. We’re still keeping sex in the shadows to a significant degree, no matter how bright the lights seem. In both the Victorian era and our own, the underlying nonsexual and presexual dynamics of sex are mostly kept out of sight.

Yes, we are far more open when it comes to the nuts and bolts and close-ups of sex, and have an easy surplus of every type of pornography at our fingertips, but to interpret this as somehow meaning that we have more sexual freedom is just misguided thinking: having more choices doesn’t necessarily mean having more freedom. A brightly lit closet is still a closet.

To be with our own sexuality in a genuinely uncloseted way, we need to:

Going to the heart of sex is not necessarily a sexy or hot journey, but can be an exciting passage, a far-from-cozy adventuring. Discovering what we may actually be up to during sex can be a bit of a shock, but it is a potentially liberating shock, a kind of rude awakening that alerts us to our own need for healing, awakening, and integration.

As we bring sex authentically out of the dark, in both personal and collective contexts, we are furthered in our humanity, more deeply established in living in ways that serve more than just our own well-being.

We don’t lose our sexuality in this process, but are deepened and expanded in it, becoming capable of genuine intimacy, no longer burdening our sexuality with the obligation to make us feel better or more secure or whole, letting it be a wonderfully alive expression and celebration of already-present connection and wholeness.