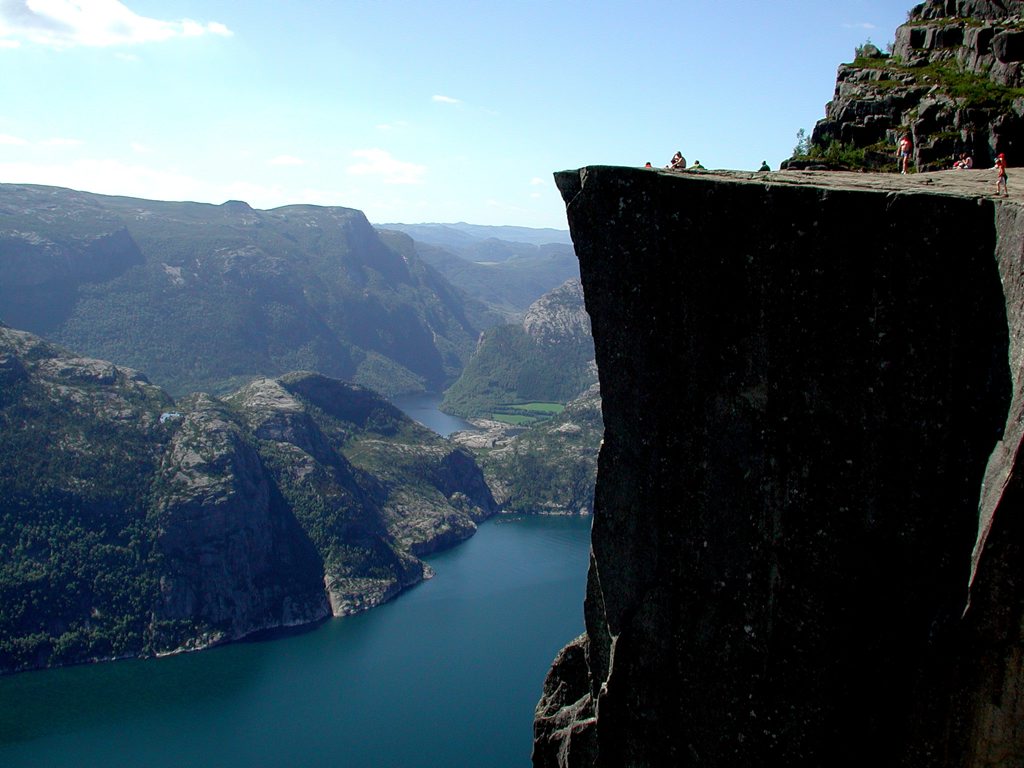 It’s my first time in an ambulance.

I’m in extreme physical and existential agony. My upper left chest, my left-side ribs and arm are massively aching with a deadly intensity. The paramedics are very quickly working on me, to determine if I’m having a heart attack. I am, they say.

I am groaning, crying, enduring, too squeezed and crushed to scream, teetering at a very dark edge, unable to breathe or make any movement on my left side — it’s as if an enormously heavy steel boot is pressing down on my left chest.

Only a few minutes ago I was standing in front of our house, slammed with shockingly strong pain, knowing without a doubt that I was very close to dying. Diane was nearby, sobbing and calling 911. I was pacing, staggering, overwhelmed, close to blacking out, feeling my death closing in. June 22nd, 2016, mid-morning…

Just the day before I’d been on our elliptical trainer, warming up for a workout. After a short time I felt some pain in the middle of the left side of my chest, a vertical line of semi-sharp aching. On a scale of 1 to 10, with 1 being no pain and 10 being unbearable pain, it was no more than a 3. The upper inside of my left arm also was aching. And I broke into a sweat far earlier than I would in a normal workout.

So I got off the elliptical trainer. The pain vanished quickly. I’d had various hurts and aches during workouts over the years — yoga, weight training, aerobic sessions — but this pain was different. As I shared this with Diane, she encouraged me to go to the Ashland Hospital’s ER. I said she didn’t need to come with me because I felt good. Once there, I described what had happened, and was immediately given a series of tests. Diane joined me a few hours later.

I spent the rest of the day in the hospital; the doctors said that though the tests indicated I wasn’t having a heart attack, they needed to repeat a particular test 6 hours after the onset of the original pain, so we waited there. They also wanted me to have a stress test, because this would give them more information about the condition of my heart. Since this couldn’t happen until the following morning, we went home.

I felt some mild degree of pain — a flattish aching that was no more than a 2 on a scale of 1 to 10 — in my left upper chest and left arm at about midnight, but with some gentle yoga, it completely passed, and, feeling relieved, I slept very well.

The next morning, we drove to the Medford hospital for my stress test. I felt good during the first few minutes, but as soon as the treadmill began speeding up, my chest and arm pain returned, sharply. I hadn’t expected it to. My heart rate was still low, far below the goal of 129 (my normal heart rate, from years of intense aerobic work, is about 48). The higher the speed, the stronger was the pain. I told the technicians that my pain level had increased to 4. Suddenly I just had to stop.

I said so, and was off the treadmill very soon; my pulse was about 114. I was dizzy for a bit and unusually winded, but after a few minutes of sitting the dizziness left, my breathing settled, and I had no pain. (They were looking for sustained pain, not exercise-generated pain that goes away.)

Just before we got home (we live about 25 minutes from the Medford hospital), I felt some aching in my left chest and arm, very mild but disturbingly present. I hoped it would pass, but it remained. The fact that it was not very painful made it no less unpleasant.

I was fighting the reality of what was going on. When Diane wanted me to chew and swallow some baby aspirin (to increase my blood flow), I resisted her at first, in denial that I was indeed in trouble — she had to push the aspirin tablets into my mouth. I chewed and swallowed them, feeling an “oh no” kind of dread. She called the stress test lab, told them what was happening, and was told to take me to Emergency. I was reluctant to go, but got ready to do so.

Once outside, Diane asked me to remove a paper shredder — no heavier than 10 pounds — from the passenger side of her car. I leaned forward to do this, but couldn’t even get my right hand on it. She took it out and I sat on the passenger seat.

Less than two seconds later my pain shot up from a 2 out of 10 to a high 9. Diane immediately dialed 911. I got out of the car — the shock was enormous, the aching crunch and slam of it sending me reeling into our driveway, my legs shaky, my torso bending in mind-blowing agony over a sea of asphalt, the familiar sights of our property two-dimensional, remote, surreal.

The intensity of the hurt, along with the avalanching realization that I was well on my way to dying very soon, both riveted and hammered me. There was no turning back. Just an ominously wrenching knowing.

I stood there wavering in agony and grief, struggling to breathe, sensing that my life was coming to a quick close.

No bottomlessly loving final gaze with my beloved Diane, no peacefully liberating goodbye — just this wrecking-ball hell pounding me down into mutely shuddering oblivion. And at the same time, I was feeling what this was like for Diane, and I could do nothing about it, nothing at all, which only amplified my feeling of devastation.

I was slipping fast — and I had to stay conscious. I heard Diane crying and talking to a 911 operator, who was telling her to have me sit on the nearest car seat. I did this, barely keeping from blacking out, slumping, my feet distant images touching the ground, desperately not wanting to die like this. Then the ambulance arrived.

In 15 or so minutes the ambulance arrived at the cardiac branch of the Medford hospital (only later would we find out that this was considered one of the top cardiac facilities in the country). No need to go to the ER there; the paramedics had taken care of that, readying me to go straight into the OR. It had been an extremely difficult journey there. My pain was unrelenting; morphine made no difference. Diane was riding upfront; I could feel her suffering, her longing that I live.

I asked the technicians at one point — in a slurry voice — if I was going to die before we reached the hospital. They said no, and though I felt no lessening of my pain, I felt grateful, along with a deepening trust. My pain remained the same, but it didn’t matter quite so much to me. There was, of course, no guarantee that I wouldn’t die on the way, but this did not take root in me.

We arrived and I was taken right away to the OR. My pain did not let up until they had cleared my blocked coronary artery — maybe half an hour later — and I could finally breathe into the left side of my chest. The shift from an 8 or 9 out of 10 for pain down to zero pain was bliss.

Each breath was immensely pleasurable. Gratitude washed through me, over and over: I’m alive; I’m still here! A stent had been placed — what a miracle of technology! — in my cleared artery, only an hour after my heart attack.

My cardiologist said that the heart attack I’d had was the “big one” — meaning that not much longer before help came and I would have died. If the ambulance had not been so close by, I probably would have not been alive when they arrived. And I could easily have been away from home — like on a hike — and had no chance to survive this kind of heart attack. I’d been on the verge of a heart attack for a while, regardless of how healthy I seemed; there was just enough arterial flow to keep me going, with no clear signs that I was in any danger.

But I was. I see now that a heart attack was imminent; all that was needed was for a bit of arterial plaque to break loose, gather some sticking-together platelets, and fall into the right spot in my artery, and there’d suddenly be no blood flow through that artery to my heart. Now that artery is cleared, with a finely filamented structure in it — a stent — to maintain enough space for healthy blood flow. And my other coronary arteries? The doctors looked at them, and said they were not nearly as bad, though there was some plaque there, too.

Of course, I need to take steps to make sure that plaque doesn’t build up in my heart’s vessels, and that the platelets in my blood stream don’t slip into the kind of sticky coagulation that makes for blood clots in the wrong places. This means taking medication that offsets this, as well as upping the natural ways — especially herbal — of assisting with this.

I stayed in the hospital two days. I was closely monitored, often with great kindness, appreciating all that was being done for me, however uncomfortable.

This is my second full day back home. I’m sleeping plenty, walking around a little bit, with my urges to do more being less than distant voices in the back of my mind. My heart is damaged, but can heal. My love is deeper than ever. The shock of the whole event is leaving my system.

The last chapter of my life now has more pages, more space, more room for new directions. Diane and I are profoundly grateful to still be together. When things start to get to us — like the financial hit we’ve taken and my obvious inability to work for a while — we simply look at each other and say, “Still here.”

I am saying this to myself many times a day — and will continue to do so. For a long time, I’ve been practicing gratitude, especially gratitude for simply being. Now this has taken deeper root. My heart, both broken and broken open, has more and more room for all that is, including my death — which brings me more alive, more here, more available for what needs to be done.

However short my remaining time is, it is long enough. To this I bow.