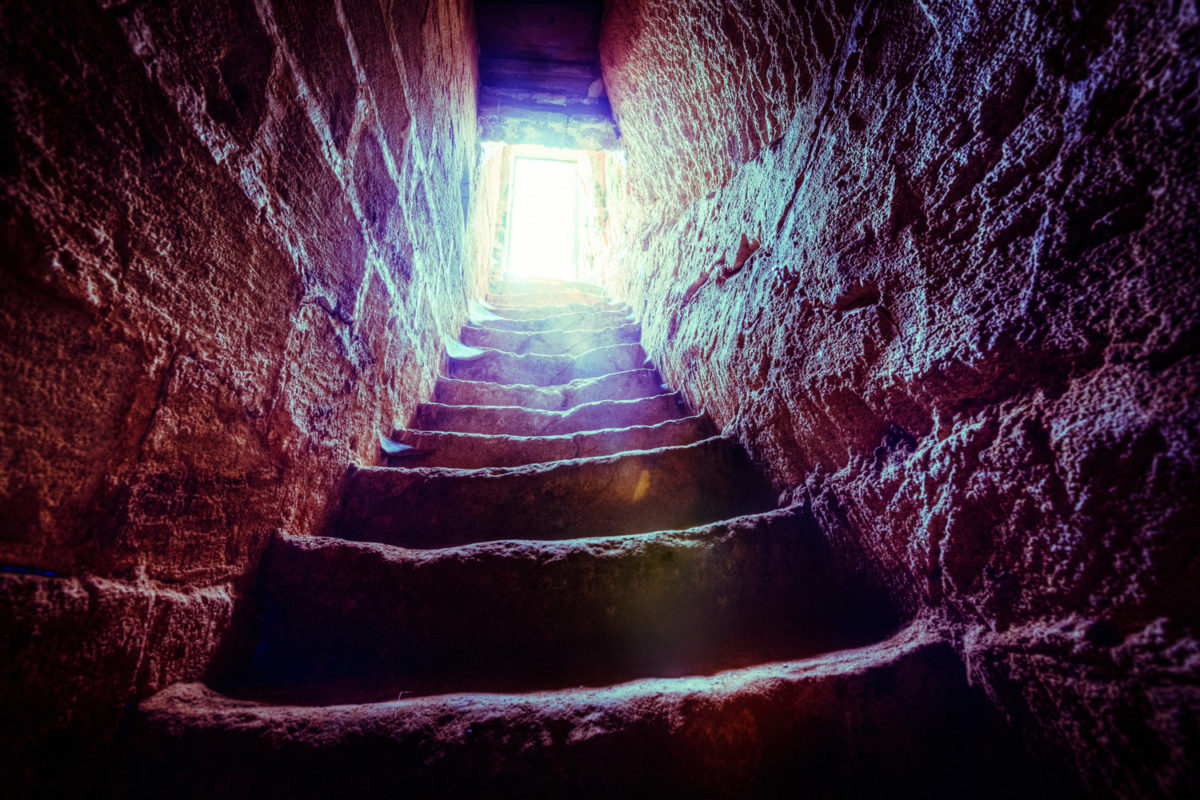 Once we realize that we, like everyone else, have a shadow, and don’t take this as some sort of shortcoming, we are in a position to do more with our shadow than just thinking about it. So where to start?

Begin by identifying the signs indicating that your shadow is showing up. This means bringing a penetrating eye to your behavior, especially the kind that you might describe as not really being you — behaviors that make you say, “I don’t know what got into me” and other such statements suggestive of being “possessed.”

Take some time to explore how the following signs apply to you and in what circumstances they are most likely to make an appearance.

You are acting out the same old dynamics — emotional reruns — in relationship.
You’re being overly critical of yourself, degrading yourself for not making the grade.
You are knowingly doing something that you know is not good for you.
You’re getting defensive when the situation does not at all call for it.

Reactivity.This means automatically and repeatedly acting the same way and losing ourselves in the ensuing dramatics. When we are triggered, having a self-righteous, disproportionate, or far-from-fitting response to something or someone, we’re being reactive. Our buttons have been pushed, and we are letting our emotions have their way with us, more often than not melodramatically.

The first step in handling it, once we’re aware of it, is to simply admit that we’re being reactive. Doing so increases the odds that we’ll cease letting our reactivity remain in charge of us. When we’re being reactive, what’s mainly bursting out of our shadow is unresolved and unacknowledged wounding, especially that which happened in our early years.

Projection. When we (1) attribute something to another that’s in us and (2) don’t recognize that this something is in us, we are projecting. This is particularly common when it comes to qualities we dislike so much that we vehemently deny their existence in us. We may also attribute something to another that’s not in us, but that we have a charge with, and not recognize what we’re up to. An example of this is projecting the domineering mother of our childhood onto our partner during an argument, reacting to our partner as if they indeed are that parent.

Projecting a certain quality onto others doesn’t necessarily mean that they don’t have that quality in them, but it does mean that we may well be blinding ourselves to its existence in us.

What’s in our shadow here is whatever we’ve disowned in ourselves to such a degree that we’re adamant it cannot be in us.

(Note that the notion of projection can also easily be misused, as when we’re mired in the often-erroneous belief that whatever bothers us in someone else is actually in us.)

Aggression. When we’re being aggressive, we’re not just angry but also on the attack, whether we’re being sarcastic, hostile, mean-spirited, or worse. In anger, we may stay in touch with our caring for whomever we’re angry at, but in aggression we have completely lost touch with that caring. Our heart is closed. We’re in the dark. We need to learn to express anger without getting aggressive. We don’t need to quench the fire of aggression, but to bring some vulnerability to it, ceasing to treat the other as something to attack. That means letting our aggression shift back into clean anger — meaning anger that doesn’t blame, shame, or otherwise fight dirty.

In both cases, what’s in our shadow is our vulnerability and softness, along with our investment in dehumanizing our target, be it another person or ourselves.

Excessive positivity. Having an exaggerated investment in being positive separates us from our shadow and its riches. When we’re being so resolutely upbeat, it may seem as if we don’t have a shadow and that all we have to do to thrive is stay positive. This inordinate positivity does distance us from our shadow, but it also distances us from real emotional and psychological depth, tranquillizing us to varying degrees from feeling the suffering of others.

What’s in our shadow here are our apparently non-positive states, especially our anger, fear, and shame.

Emotional numbness. Being significantly cut off from our emotions keeps us in the shallow end of the relational pool, “safely” removed from the pain that we associate with such emotions (like having been rejected for crying or showing anger when we were young).

When we find ourselves emotionally flat or disconnected or numb or frozen, we have an opportunity to see our shadow in action, showing up in the form of whichever emotions are being shut down or gagged. It’s very easy to normalize numbness or even to interpret it as a healthy state, a detachment indicative of spiritual advancement.

Instead of putting up with or flagellating ourselves for our numbness, we can acknowledge its presence and start compassionately exploring it and what underlies it.
What is in our shadow here are not only the emotions that we’re dissociating from, but also our attachment to continuing to believe that it’s better to leave them as far away from us as possible.

Eroticizing our unresolved wounds and unmet needs. This is the result of having funneled our charge with certain situations and persons from our early years into sexual contexts. For example, if we faced heavy aggression from one parent, feeling very afraid of them, and had a resulting charge with being thus overpowered, we might later on let this charge find some expression and release through being eroticized, by acting out unhealthy power dynamics with sexual partners.

What’s in our shadow here are our unresolved wounds and unmet needs, in close association with the child in us — all of the nonsexual factors that are at play in our sexuality.

What is in our shadow here is our empathy and compassion, accompanied by various payoffs for engaging in dehumanizing activity, such as our getting to stay separate from, immune to, and/or superior to others.

Over-tolerance of others’ aggressive or harmful behavior. This happens when our early conditioning has taught us that the challenging of others’ aggressive or harmful behavior is dangerous (resulting in the loss of safety, the loss of love, or the presence of punishment). And this over-tolerance is made worse when we act as if it is a virtue — especially a spiritual virtue. We often mask our fear of taking a stand with a show of care.

What’s in our shadow here is our anger and self-respect, along with the roots of our fear of taking firm, out-front stands.

An exaggerated need to please or be liked. This need stems from a childhood history of things going badly when we were ourselves, but less badly when we behaved in ways that were pleasing or otherwise acceptable to those who held power over us.

Wanting to be liked is rooted in wanting to be accepted; if we had an early history of not being accepted — and I speak here not only of our behavior, but of our very being — we will attach excessive importance to being liked.

What’s in our shadow here is our self-acceptance, along with our anger.

Self-sabotage. This shows up as procrastination, martyrdom, settling for crumbs, and so on, in the midst of which we play victim, “trying” to make things better, but only continuing to derail ourselves. When we’re obstructing ourselves, it may look like we are just being hard done by, as if we’re a victim of forces beyond our control.

The payoff is that we get to avoid taking responsibility for what we’re doing to ourselves. Slipping into guilt and its self-punishing rituals is our common reaction to our self-sabotage, but such practice is just more avoidance of being accountable.

What’s in our shadow here is our inner child and our neglect of it, accompanied by our attachment to staying small, to not having to grow up.

Refusal to say that we’re sorry. When we know that we’ve hurt another and simply won’t admit that we’ve done so and won’t genuinely say that we’re sorry, we have to harden, to cut ourselves off from our heart. And even if we somehow do manage to squeeze out an admission of being sorry, it probably will be voiced with minimal emotion and care, so that our ego can remain intact. The emotion that stands out here, regardless of its non-expression and non-admission, is shame.

Our refusal to say that we’re sorry keep us distanced from our shame, “protects” us from having to directly feel it. Such shame easily slips into aggression, which allows us to harden in the face of whomever we’ve just hurt, perhaps even to punish them for putting us in a position where we had to feel, however briefly, the presence of our shame.

What’s in our shadow here is our shame and our vulnerability, along with our investment in remaining emotionally intact. 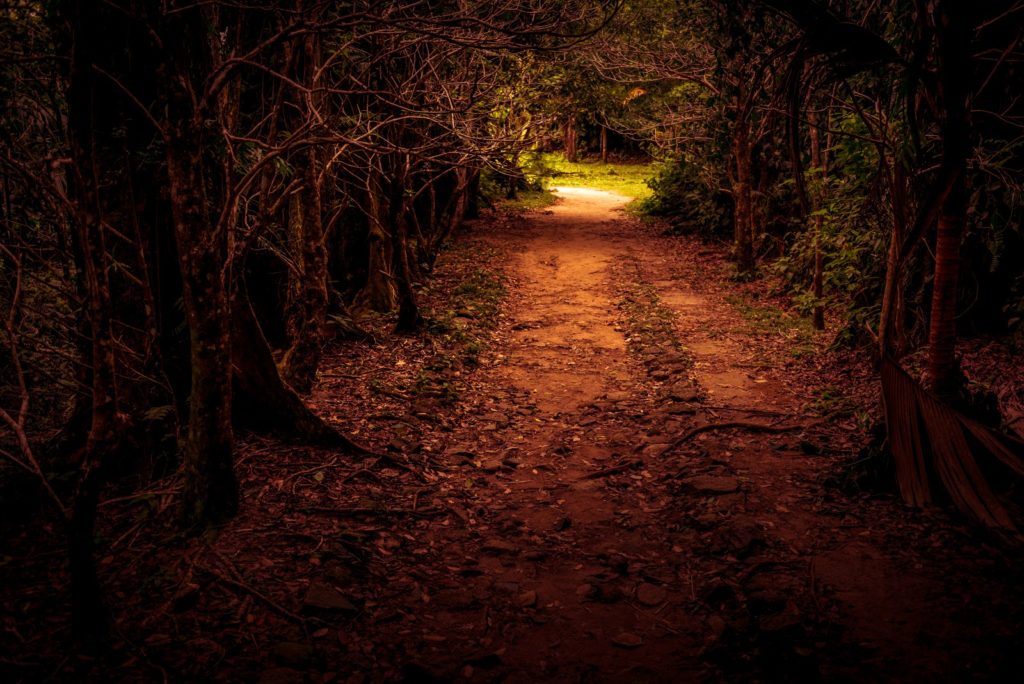 Make your consideration of your shadow signs a compassionate one, especially when parts of it stir up shame in you. For each item, look deeply into what is hidden — the shadow elements — and take some time to recollect times in your life when you have engaged in such practices, whether it was an hour or thirty years ago.

Make sure that you work with your shadow signs in a non-abstract way; ground your exploration physically and emotionally. This means staying in touch with your body and what you’re feeling.

When you are looking back at what triggers you — such as another’s sarcasm, their neglect, or your sense that they’ve not met certain standards — allow yourself to go into the bare feeling of this trigger and to simply stay with this feeling, rather than thinking about it or justifying it or using it as ammunition in relational upsets.

Find out and name the characteristic sensations and feelings of being thus triggered. Register this information not just mentally, but also physically and emotionally. If your jaw tightens when you’re focusing on something that gets you feeling reactive, bring your full awareness into your jaw. Without trying to untighten it, sense the various qualities of this tightening or constriction — its intensity, texture, density, sense of shape and color, emotional tone.

An example: Bob now knows that he tends to keep much of his anger in his shadow. Previously, he claimed not to have anger in situations where he was actually angry — times when he showed no outward signs of anger. Much of the time, he was unaware of his anger because he could not feel it.

But now that he is aware of the anger hidden in his shadow; he feels it and starts bringing more awareness to it, without any pressure to give it expression. As he scans for tension in his body, he senses his anger’s shape (perhaps tightly fisted), its texture (perhaps hard or rough), its density (perhaps quite thick), its coloring (probably reddish or black or both), its directionality (probably a wanting-to-burst-forward kind of movement), and more.

He also goes over his history with anger, both his and that of significant others, viewing the choices he made regarding his anger and its expression or lack thereof. He starts to distinguish anger from aggression. And he continues to mine his shadow for more of his anger.

Soon, he takes on the practice of acknowledging the presence of his anger in daily life, simply saying something like, “I’m feeling angry” or “anger’s here” or “I’m irritated” or just “anger.” There’s no need to express it at this point; what’s important is that he is starting to bring his anger out of his shadow, giving it both a caring and curious eye. He is beginning to change his relationship to it.

If he persists and learns how to express his anger cleanly, including when it’s fiery, he will have turned his anger from a jailed darkness to an outright ally.